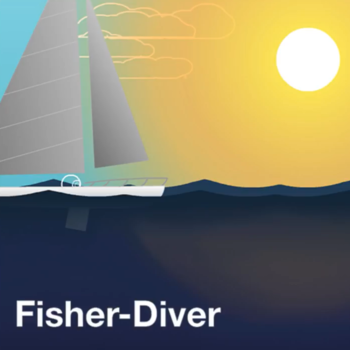 is a minimalistic Flash game about a character who started fishing for a living. The game has minimalistic art style to it as the player is represented as 3 circles inside each other and fish are made out of wireframes.

The game encourages to use the fishing tools as sparingly by three means: using those tools costs oxygen, the game encouraging to stay as long under water as possible due to combo gems and finally rewarding the player if the fish is more intact after being bled to death.

As the player finds guffins to improve their fishing license, they also find mysterious diary entries attached to them...