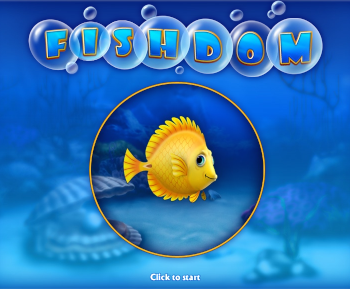 Fishdom is a Match-Three Game series. In them, you have to destroy all blocks to complete the level by making matches on tiles that have them. Each block gives some money which can be spent on buying fish, decorations, and amenities for your aquarium. Once all three bars are filled, you earn a trophy for that aquarium and can try going for a better trophy or move on to another one.