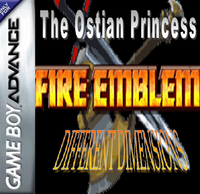 The rom hack is notable for being So Bad, It's Good. Among other things, the hack gives you units with insane inventories (for example, in the first chapter, there is a player unit who has a Brave Sword, a Light Brand and a Silver Sword on chapter 1!) and some weird design choices (for example, the end turn button was removed. Yes, the end turn button of all things was removed). You can check out Endorphy's LP of this trainwreck

if you want to amuse yourself.