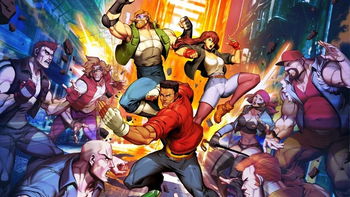 Final Vendetta is a 2022 Retraux Beat 'em Up game, developed by Bitmap Bureau and featuring music by Utah Saints. It is inspired by similar games such as Final Fight and Streets of Rage.

A ruthless crime syndicate known as "Syndic8" has taken over London and kidnapped the younger sister of Claire Sparks. In response, Claire sets out on her mission to save London and rescue her sister from Syndic8's clutches. She teams up with two of her friends, Miller T. Williams, a former pro-wrestler, and Duke Sancho, a bare-knuckle fighter.