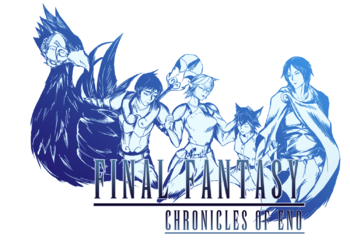 Final Fantasy: Chronicles of Eno is an in-development fangame based off of the tear-inducingly popular Final Fantasy

franchise. The project started off as a custom Final Fantasy D6 campaign that ended on June 27th 2022, and so the game is likely to remain in development for some time.

The game does not share a universe with any previous Final Fantasy title. Rather, much like how each new entry in the main Final Fantasy series itself takes place in a unique setting, the setting is the world of Eno. It shares many of the elements that connects each Final Fantasy's setting, such as Chocobos and Moogles, but has its own lore and unrelated storyline.

The D6 campaign was recorded, the ongoing series can be found on YouTube.

Work on the game adaption began in early 2019 in the 'RPG Maker MV' engine, and it is currently ongoing. The first chapter can be found on Gamejolt.