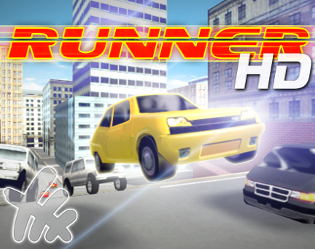 You must run away from enemy cars who are determinate to kill you. Find the escape path paying attention to fuel level and car health!
Advertisement:

FFX Runner is a Nintendo Hard 3D game with no plot explanation. You are driving a yellow car and must escape from other cars.

Not to be confused with FFX.