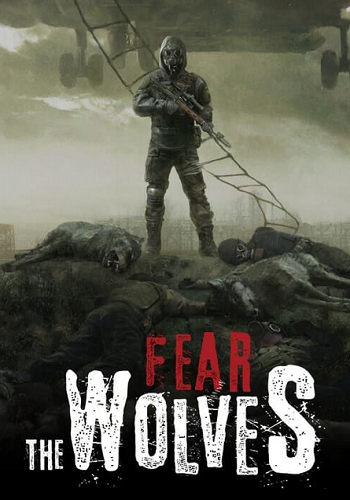 "In case I don't make it out alive, I'm leaving this video behind... so other survivors can have a better chance."

Fear The Wolves is a First-Person Shooter Battle Royale Game developed by Vostok Games (comprised of employees of GSC Game World) and published by Focus Home Interactive. It was initially released through Steam Early Access in August 2018, with the full PC release following on February 6th, 2019. Console versions were planned at one point, but may never happen now.

In the radiation-ravaged ruins of Chernobyl, one hundred people have been taken and dropped from an airplane into the abandoned city. Desperate to escape via a helicopter, they must fight to be the last man standing and make their exodus from the exclusion zone... but that isn't the only thing they have to worry about. Packs of irradiated wolves roam the wasteland, and a mysterious radioactive phenomenon is covering the area bit by bit. It's up to the survivors to fight through to the chopper... but only one can make it out alive, while the others must fall to their opponents, the wolves, or the storm...