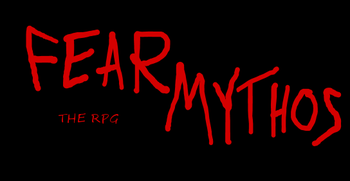 Fear Mythos: The RPG is a freeware RPG created by one of the authors of The Fear Mythos. It is the tale of a Ragtag Bunch of Misfits trapped in the Empty City and tasked with killing twenty-two of the Eldritch Abominations known as Fears.

Essentially a Massive Multiplayer Crossover for the Fear Mythos, with Shout Outs and cameos from all sorts of popular stories set in it.

Tropes for Fear Mythos: The RPG