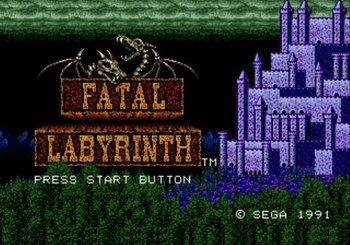 A 1991 Roguelike released by Sega for the Sega Genesis. Originally available as a download-only title in Japan (via the failed Sega Meganet service), it was released in other countries on ordinary cartridges. The aim of the game is to reach the the 30th floor of the titular labyrinth in an attempt to recover a holy goblet from a dragon.

Considering the genre, it isn't quite that simple.