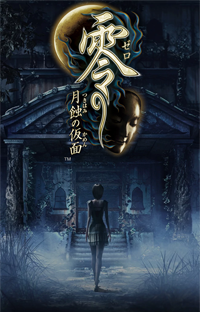 Fatal Frame: Mask of the Lunar Eclipse is the fourth installment in the Fatal Frame survival horror series created by Tecmo. Originally an exclusive on the Nintendo Wii released on July 31, 2008, the game was also co-developed by Grasshopper Manufacture, and was the first of the Fatal Frame games after Nintendo became a partner in developing the franchise. An Updated Re-release will appear on March 9, 2023 for the Nintendo Switch, PlayStation 4, PlayStation 5, Xbox One, Xbox Series and Steam platforms.

Rougetsu Island used to be a lively place and home to many people. But it's also the place where Ruka Minazuki was kidnapped by You Haibara, alongside Misaki Asou, Madoka Tsukimori, and two other girls, with the intent to have them participate in a ritual called the Kiraigou. While they ended up rescued, they have repressed the memories of this event.

That was a decade ago, and the island has become abandoned and haunted by spirits of the island's inhabitants. Misaki and Madoka return to the island, having seen their friends die of an illness called Getsuyuu Syndrome and worry that they'll be next. They hope that their investigating of Rougetsu Island will unlock their memories and hopefully save them from their friends' fate.

At the same time, Choushiro Kirishima, the private detective that rescued the girls, has gone back to the island. He returned because he heard that You Haibara has gone back himself, and he's intent on bringing Haibara to justice. Meanwhile, Ruka Minazuki returned to the island because she wants to unlock her own memories. Her goal is not to recall the details of her kidnapping, but because she hopes it will allow her to remember her father's face.

that translates the game's text into English.