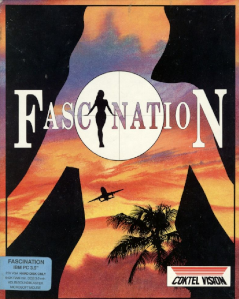 Fascination is an adult adventure developed by Coktel Vision and released in 1991.

Fascination is a mature-themed adventure. The game is about a business man who has invented a chemical drug that increases the sex-drive. Unfortunately he was assassinated, and you accidentally get hold of the drug sample. Your mission is to try to deliver the sample to the right person and avoid being made out as the murderer.

Should not be confused with Cirque du Soleil's performance in Japan.