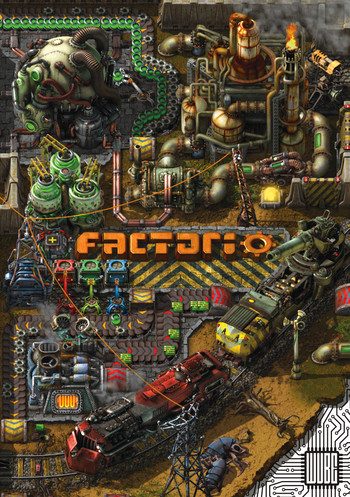 The Factory Must Grow
Advertisement:

Factorio is a crowdfunded top-down two-dimensional Factory-Building Game (the Trope Maker, in fact), with RTS elements planned for later updates. Developed and published by Czech studio Wube Software, the game officially left Early Access with version 1.0 on August 14, 2020. A Switch port of the game was revealed during the September 2022 Nintendo Direct, releasing on October 28th of the same year, thus marking the game's debut on a console.

The Nintendo Directs of September 2022 revealed that a Nintendo Switch Port of the game was in the works. That port would release on October 28, 2022.