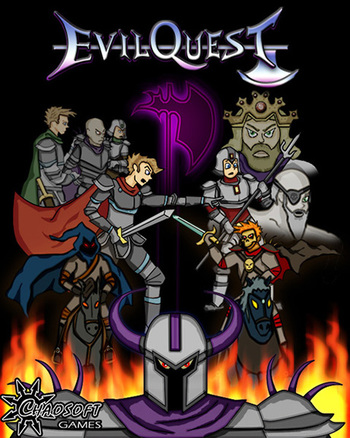 Tired of heroes? Become the villain. (Galvis is the guy at the bottom)
Advertisement:

is an Action RPG by Chaosoft Games. It was released in 2012 for the Xbox 360, and in 2014 on Steam. You play as the dark knight Galvis, who escapes from prison and aims to conquer the world.