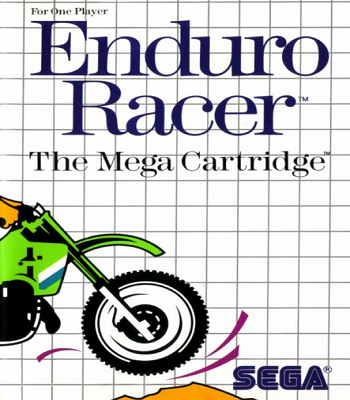 Enduro Racer is a 1986 arcade racing game developed and published by Sega. It's essentially repurposed version of their previous hit Hang-On, where you instead ride a dirt bike to the checkpoint within the given time.
Advertisement:

The game wasn't nearly as popular as Hang-On, and only received a small number of conversions for Sega Master System and European computers before it fell into obscurity.