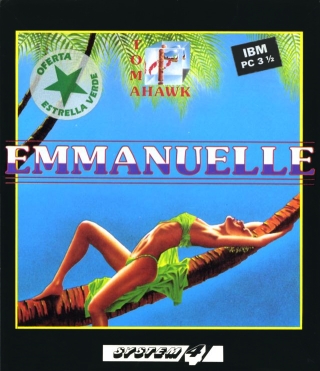 Emmanuelle: A Game of Eroticism is an adult Adventure Game by Coktel Vision and released in 1989 for DOS PCs, Amiga and Atari ST.

Most of the game involves using multiple-choice dialogues to produce the correct outcome. You will visit bars, beaches, and many glamorous cities. There are also several sub-games, as you visit a casino, fend off love rivals, and face down smugglers.