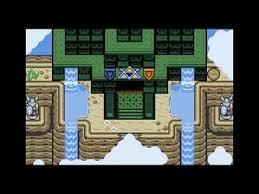 Eiyuu is a Zelda Classic fan game created by TeamUDF in the year 2014.

Eiyuu (Pronounced Ay-You) follows the story of a young adventurer, Zelos Pheonix, with his mage friend, Rafell, searching for the legendary Mask of Truth. However, as Zelos soon learns, an enemy clan named the Bloodsword happens to be looking for it too. And who is Zelos?

Also, if you want the trailer, here.

No relation to Eiyuu Senki: The World Conquest.