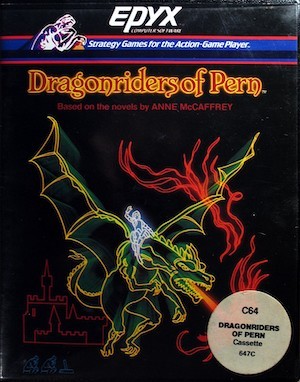 In the lore of the novels, the feudal world of Pern is threatened every few hundred years by The Thread, a deadly alien microorganism that falls onto Pern in the form of long strings. The player is a Weyrmaster, leader of a mountaintop clan that raises dragons to destroy the Thread before it can cause destruction to the surface. The player must use various diplomatic and political tools to form alliances with the various factions of Pern, and at the end of each turn control a dragon to destroy falling Thread.

A sequel for the Commodore 64, Moreta: Dragonlady of Pern, was planned but never completed.

Dragonriders of Pern provides examples of: