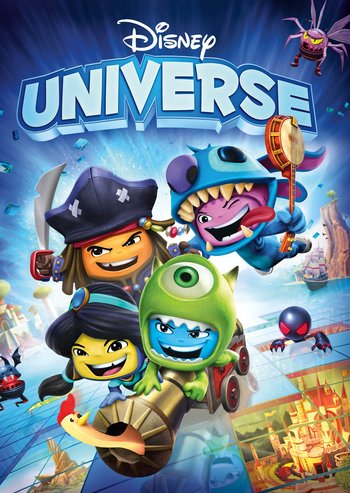 Disney Universe is a 2011 video game from Disney Interactive, released for PS3, Xbox 360, PC and Wii. Players take control of small avatar-like figures (a la LittleBigPlanet) as they take on the role of beta-testers for a Disney online community. However, an evil hacker named Hex is determined to destroy this new game, so the players, dressed in costumes based on popular Disney characters, including Pixar characters, team up and battle one another to defeat Hex and save the Disney Universe.