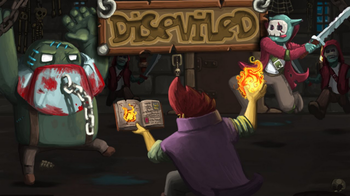 You play as an unnamed member of the Diseviled, a group of demon slayers for hire. Your latest job is to a clear out a wizard's castle of demons. And of course, along the way, collect any coins and gems you come across. There seems to be a reason behind the influx of demons though...