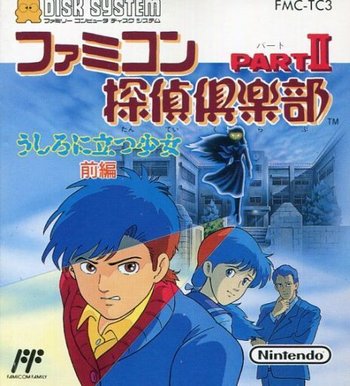 The Detective Club games are a series of adventure games released by Nintendo on the Famicom Disk System, Satellaview, and Super Famicom as a exclusive for the Nintendo Power flash cart service in Japan. Gunpei Yokoi produced the first two games before he left Nintendo, and Yoshio Sakamoto wrote the scenarios.

There are three games in the series:

Of all the three games, the Super Famicom version of The Girl in Back is the only game with a complete (unofficial) English translation.

A remake of the first two games will be coming