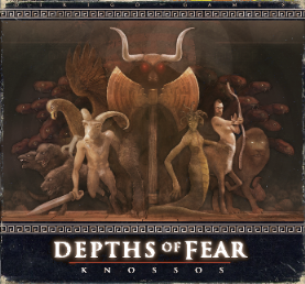 and released in 2014.
Advertisement:

The player assumes the role of Theseus as he is dropped into the infamous labyrinth at Crete, to serve as a sacrifice for the Minatour that resides there. The only way to kill it is with a sword stuck in a stone, and secured with eight seals. The seals can only be removed by finding keys to them, which are guarded by powerful mythical creatures like centaurs or gorgons. Each of them in turn resides in their own secondary labyrinths, which are all randomly generated and are also full of weaker monsters to fight your way through. Have fun!