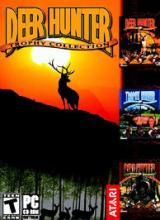 Deer Hunter is a series of games that simulate hunting. The first game had been released in November 1997. Up to the present time, the series has gotten a lot of entries added to it.
Advertisement:

Should not be confused with the music band or the film (even though the film does feature deer hunting).