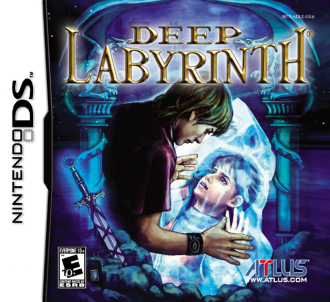 Deep Labyrinth is a 3D Hack and Slash RPG developed and published by Interactive Brains. It was originally released on the Japanese Vodafone in 2004, and later on the Japanese FOMA phone in 2005, and the Nintendo DS in Japan, North America (published by Atlus) and Europe (published by 505 Game Street) in 2006. It features an elaborate game maze. The story is by Masato Kato and music is by Yasunori Mitsuda, the same pair who worked together on Chrono Trigger, Xenogears and Chrono Cross.
Advertisement:

The DS release was two games in one: