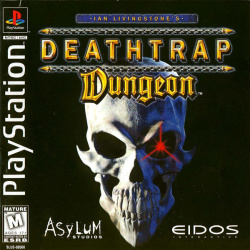 The game is a third-person adventure, with the player taking the role of an adventurer (either the pirate "Red Lotus" or the pit-fighter "Chaindog"), who have answered the challenge of Baron Sukumvit to try and defeat his deadly dungeon of traps and monsters, with the prize for the winner being untold riches and the freedom for the town of Fang.