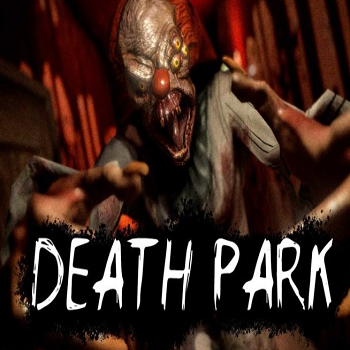 Death Park is a Survival Horror game by the Russian developer Euphoria Games, who also made Antarctica 88. It was released on November 26th, 2019 for PC through Steam, as well as on Android.
Advertisement:

This game is about exploring a decrepit Amusement Park of Doom. Solve puzzles, search, collect, and uncover the story behind it. All the while, do all that you can to avoid the Monster Clown wandering the grounds.