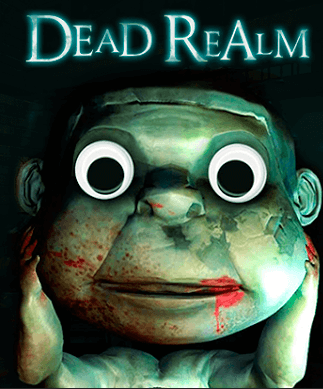 Dead Realm is a Multiplayer Horror Game by Section Studios, and published by 3BLACKDOT. It was released on Steam on August 15th, 2015.
Advertisement:

The story is set in a haunted mansion formerly owned by an electricity tycoon. Now, it's occupied by a host of spirits who do NOT like mortals intruding on their territory. Sadly, that hasn't stopped the living from getting a peek inside.

No relation to the 2004 Playstation 2 game Realm Of The Dead.