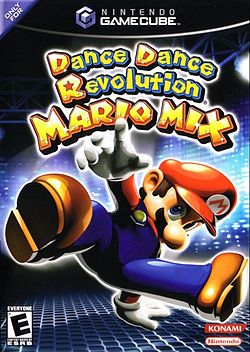 As the game starts, Waluigi is about to steal the four Music Keys, who can grant wishes, from Truffle Towers. However, when he opens the door to the room containing the Music Keys, three of them scatter across the Mushroom Kingdom, and the fourth one is kept by Waluigi. From a distance, Toad watches these events unfold and rushes to tell Mario or Luigi, depending on which character the player chose, who then rushes off to retrieve the missing Music Keys.

The keys are recovered after the player completes tasks for other characters who have found the scattered keys and then defeating them in a dance challenge. These characters are, in order, Waluigi, Pirate Lakitu, Blooper, Hammer Bros., Wario and Freezie.

This game came bundled with its own Dance Pad specifically, and only, for the GameCube (and, by extension, Wii models with GameCube controller slots).

"Can I call you a dancing master?"