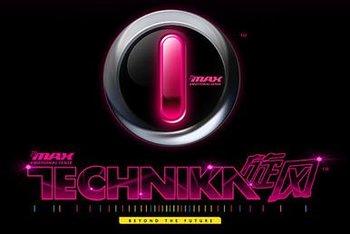 A rhythm arcade game with some similarities to DanceDanceRevolution or those drum arcade games, DJMax Technika machines have been popping up all over recently in North America. The game utilizes a touchscreen interface, on which you use your fingers to poke, hold, and run along colored icons along with the music. It has in addition an HD screen so everyone else can watch your progress, or lack thereof. Along with the song playing is a music video in anime style, telling a narrative that matches the music being played by the system. The sequel has interesting mode called the Crew Race where the players can make their own set and compete it with other players.