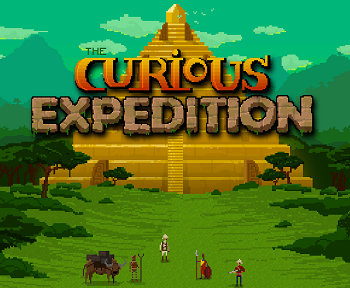 Curious Expedition is a turn-based exploration roguelike where the player's explorer tries to discover Golden Pyramids across six Lost Worlds before they die, get killed, go insane, or starve. It's set in the late 19th century with tesla guns, dinosaurs, and undead abominations.

The player starts the game by choosing 1 out of 24 different explorers* plus 37 additional fictional explorers suggested by special-edition purchasers. Each explorer has a different perk, starting companions, equipment and dice pool for combat. Initially only a few explorers are unlocked - the rest require specific achievements to be completed first.

It's the first game by indie developer Maschinen-Mensch, made after their successful Kickstarter campaign and long open beta.