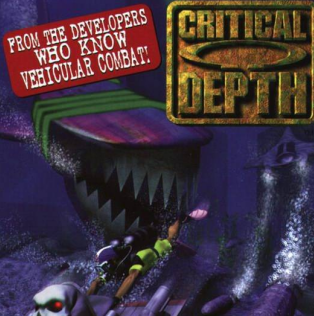 Back in 1997, Singletrac, the developers of Twisted Metal, produced another Vehicular Combat game under GT Interactive for the PlayStation. Its main difference was that the players would battle in various undersea battlegrounds with a variety of dangerous and bizarre submarines. There was also more Back Story given to flesh out its many combatants and factions.

The plot involves a series of mysterious pods appearing in oceans across the world, which attracts a number of treasure hunters, governments and organizations to try and discover their purpose and use them for their various desires. Each level contains five pods which all must be collected to activate a Threshold that leads to the next level.

Fighting for the pods and threshold are:

This game also contains examples of: