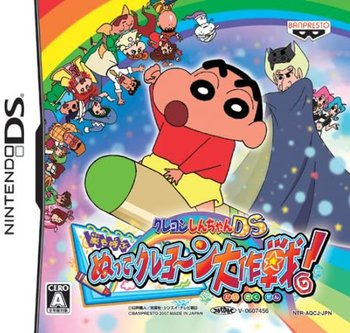 Crayon Shin-Chan DS: Arashi wo Yobu Nutte Crayoon Daisakusen! is the first videogame of the franchise Crayon Shin-chan co-developed by Creator/Banpresto and Inti Creates for the console Nintendo DS. After having his dream stolen from a dream eater named T.A.B, Shin chan will have to rescue all the dreams.