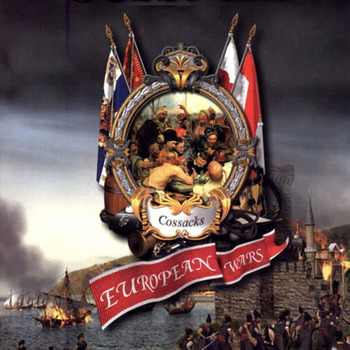 Cossacks: European Wars is a 2000 Real-Time Strategy PC game by GSC Game World, and the first entry in the Cossacks series. The game has an isometric view and is set in The Cavalier Years, the 17th and early 18th centuries of European history.

Its Age of Empires-like gameplay originally featured sixteen playable nations each with architectural styles, technologies and units of its own. Cossacks was notable at the time of its release for the very large number of units players could control on the battlefield. It got two Expansion Packs, one that needed the original game to work, Cossacks: The Art of War in 2001, and a stand-alone expansion, Cossacks: Back to War in 2002. A Downloadable Content pack called Campaign Expansion was also added.

GSC Game World released American Conquest in 2003, which was essentially Cossacks on the other side of the Atlantic Ocean (a sequel in all but name), and two official sequels, Cossacks II: Napoleonic Wars in 2005 and Cossacks 3 in 2016.