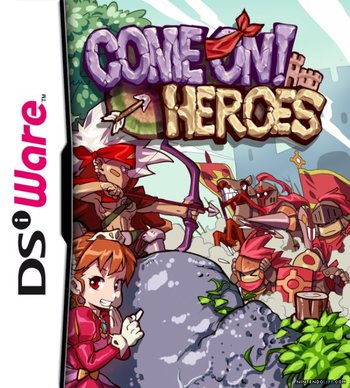 Come On! Heroes is a Tower Defense DSiWare game, where you control a bandit named Archer to protect your mansion from the hordes of heroes out to rescue the Heiress you kidnapped. Long story short, you kidnapped Mr. King's daughter, the Heiress, to get a ransom for her, but Mr. King chose to send a few heroes (and their waves of soldiers) to rescue her instead. You can't have that, so you choose to protect your mansion with your trusty bow and arrows.