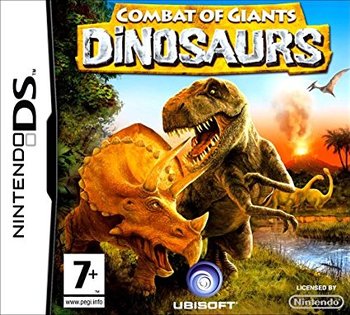 Combat of Giants (also known as Battle of Giants in North America) is the name of the series of video games (mostly) for Nintendo DS by Ubisoft. There, the player becomes one of the "giants" and the focus of the game is to defeat all the other giants.