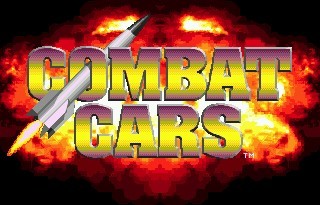 Combat Cars is a video game created by Accolade for Sega Genesis in 1994. It's a Racing Game in which 8 characters race to be the first across 24 different tracks. After finishing, you can spend money to upgrade speed, acceleration, handling and special weapon, but this will lower the score.