Video Game / Collection of Everything 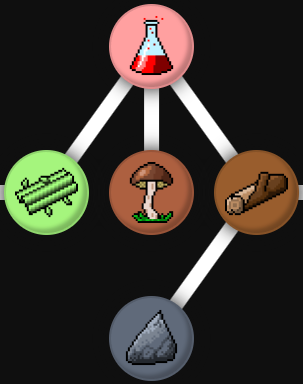 Collection of Everything is an Idle Game made in The Modding Tree by XtremeRusher and released in 2022. You initially only gain Knowledge, but then can spend it on various research and materials that boost its gain even more and utilize various gameplay mechanics (like Bamboo that can bring a more plentiful harvest once the gauge is mostly full, but wilts and is nullified once it fills completely). This is one of the few games made in the engine that actually has icons for various layers and upgrades as well as descriptions shown for hovering over various upgrades, so there's a lot to see.

The game is playable here