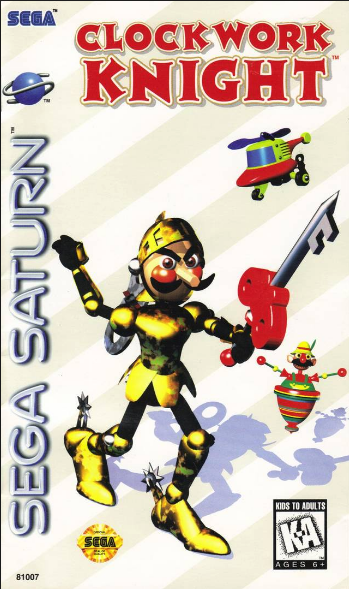 Chelsea, the Clockwork Fairy Princess, wakes up all the toys at midnight. Sir Tongara de Pepperouchau III, or Pepper for short, is a toy knight who is in love with Chelsea, but is quite clumsy compared to his fellow knights, especially his friendly rival Ginger. One night, a mysterous force kidnaps Chelsea and hypnotizes some of the other toys to be its minions. If Chelsea isn't rescued, the toys will never be able to live again since Chelsea is the one who wakes them up at night, so Pepper and Ginger set off to rescue her. The second game's premise is pretty much the same as the first one, with Chelsea getting kidnapped again and Pepper and Ginger going back into action to save her.

In both games, the player must go through four rooms, each containing three levels (two normal levels and one boss level).

Currently has a character page under construction.