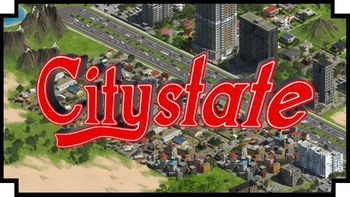 is a Simulation Game created by Andy Sztark in the same vein as Sim City 2000. In it, you build and control a regular city much akin to other city building games, but with a twist; you control all of the government policies as one would in an actual City-State, ranging from an oppressive dictatorship to complete anarchy.

The developer is working on free updates to the game, with 6 sizable updates adding new mechanics and buildings, as well as of quality of life fixes.