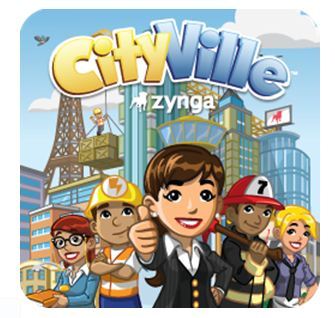 CityVille is a flash-based city builder sim game, similar to SimCity, by Zynga Inc., available through Facebook and Google+. You act as mayor of your own city, with the goal to grow and expand your town with the help of your friends. Build houses to increase the population, erect civic buildings to expand your population cap, and grow crops and run factories to obtain goods to fuel your businesses. Like many time-management Facebook games, the player consumes energy for every action in the game. City Cash is used to buy premium items, bypass quests and requirements, and gain bonuses.

The game features many characters living in the city with their own stories and questlines. Your main guide, Samantha, is the neighboring mayor from the next town over who often gives you advice and suggestions (usually in the form of erecting more structures) for your growing town.

As of 2011, CityVille is known to be the biggest game on Facebook with 84.2 million active users. Like its sister game, FarmVille, it can get rather spammy due to the many different unique items, often not useable in other structures, the player has to request from their friends in order to complete goals.

Had a sequel, which launched in November 2012 but failed spectacularly, closing down in March 2013.

Tropes of the game include: