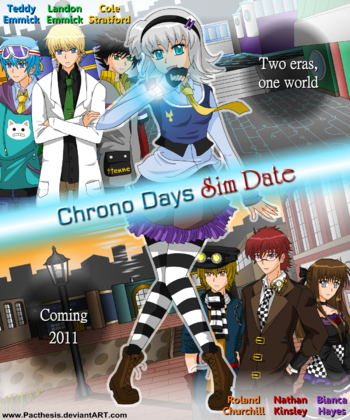 on Newgrounds, DeviantArt, or her official site

Saige (or whatever you call her) is an Ordinary High-School Student. A time portal has opened in the sky, and her friend's older brother has invented a way to use it to travel one hundred years into the past. Naturally, Saige is volunteered to test it. After nearly being trapped in the past, she discovers that there's a fine selection of cute guys (and a cute girl) available, both then and now.