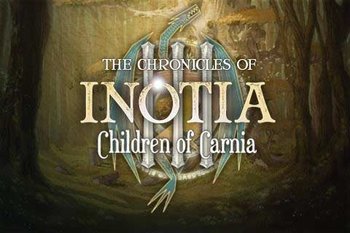 The Chronicles of Inotia: Children of Carnia is a South Korean RPG for Android and iOS created by COM2US, and it's the third installment in the series. It narrates the story of Lucio as he becomes the Hero of Light against the Order of Darkness in their attempt to resurrect the God of Darkness. The sequel is Chronicles Of Inotia Assassin Of Berkel