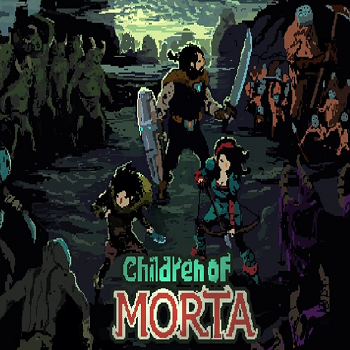 Children of Morta is an Roguelike Action RPG developed by the Iranian indepedent game studio Dead Mage and published by 11 Bit Studios, released on September 3, 2019 for PCs (via Steam).
Advertisement:

It is about the Bergson family, who have been guarding Mount Morta for a generation, and are the lone bulwark to stem the Corruption pouring from beneath it. Rather than saving the world once and for all, you are presented with the tale of ties across generations of a family, united by their duty.

Tropes seen in Children of Morta: