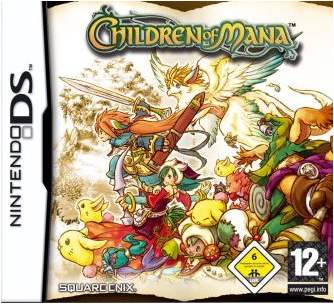 Part of the Mana series, released for the Nintendo DS in 2006.

The story takes place when the Mana Tree was newly created (making it the chronologically earliest game at the time of its release before it got a prequel of it's own in Dawn of Mana a year later). After a crack appears in it, the nearby temple suddenly becomes infested with monsters. After the player character clears out the temple, they return to find that mysterious pillars of light have appeared in numerous different lands...

Like other games in the Mana series, it uses an action RPG formula. It uses a top down perspective similar to the 2D The Legend of Zelda games, but with a heavier emphasis on combat, and a more defined system of giving you quests and sidequests. More RPG than Action if you will.

It's also a very divisive game. It's not as overtly reviled as Dawn of Mana or Heroes of Mana, but many find the gameplay repetitive and boring. Basically, it's Shining Soul, set in the World of Mana.