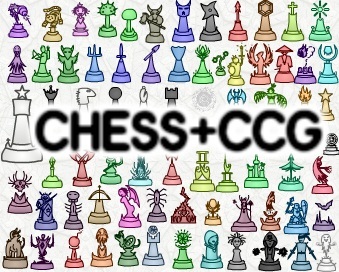 The paragon of tactics has arrived.
Collect units, build custom armies, and ascend to rank ‘Grandmaster’ to find the true power of a King.

Chess Evolved Online is an online Chess Variant CCG created by the developer Joseph Lormand, also known as The Grandestine.

It differs from normal Chess in several ways, including:

, it can also be played here