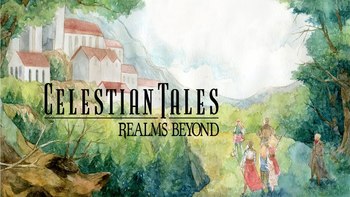 Nine years after the events of the first game, with the House Levant heir Alana still in her childhood, her six Honorable Companions rule over Levantine in her stead. They have made their mark as progressive and benevolent leaders, vastly improving the state of the city, and establishing a reputation for being more accessible to the people, as well as treating nobles and commoners as equals. However, a shocking trial results in the loss of their status, and the fate of their liege left uncertain. They later manage to reaffirm Alana's nobility, allowing them to resume their duties as her Companions, but they face many new challenges ahead, including: reconsidering their own identities without obligation to any family; their continued survival in the Old North with tarnished reputations, a power-hungry new ruler of Levantine, as well as Inquisitors closing in on their every move; and an Ancient on the verge of reawakening and threatening their new domain.

Instead of the individualized scenarios from the first game, Realms Beyond now gives players more freedom to choose which of the Companions they want to play as, whether in exploring the game world, or even in battle; the latter being a first for the series. There are still certain scenarios that will require multiple playthroughs to view, but for the most part, all the significant moral dilemmas are available no matter which pair of characters you start with. Speaking of moral dilemmas, upon starting a new game, the player gets to choose how the first game played out; both the major decisions encountered by all six characters, as well as their respective individual crossroads.

All spoilers for the first game (including the Howl of the Ravager DLC) will be unmarked.

Celestian Tales: Realms Beyond gives examples of the following tropes: