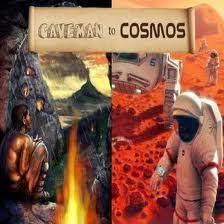 And it's not even the end of it...
Caveman2Cosmos is a (very) expansive Civilization IV mod with a pan-historical (as well as pre-historical and futurist) scope, building on top of the other historically oriented overhaul mods such as Rise of Mankind and Rise of Mankind: A New Dawn. Combining some of the best work across the Civfanatics community it is hosted on, Caveman2Cosmos boasts by far the largest amount of new content and ambition-in-scope of any BTS mod, or indeed, any mod in the entire history of the Civilization series.
Advertisement:

Some of Caveman2Cosmos' major features include;

You can join the official Caveman2Cosmos Discord group here

to keep up with updates, interact with the community, discuss the mod, all that good stuff.

In addition to many (though not all) of the tropes found in vanilla Civilization IV: Beyond the Sword, Caveman2Cosmos provides examples of the following tropes: