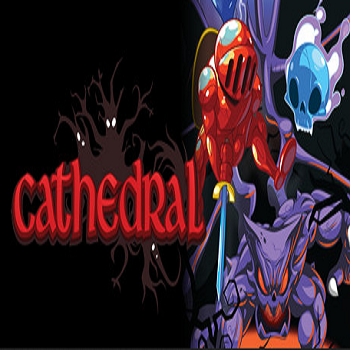 Cathedral is a 2D Side View Metroidvania, developed by Decemberborn Interactive and released on October 31st, 2019 for PC through Steam.

You play as the Knight, who awakens in the old Cathedral in the Shade Forest without memory. Initially, he doesn't know much, but after an encounter with a mysterious spirit and a near-lethal fall, he is discovered by the nearby villagers, including an old mage who may finally help him recall his past and how he ended up at the Cathedral in the first place, by piecing together clues from the Cathedral's relics.

Unrelated to the 1986 animated PBS documentary, English Doom Metal band, or a short sci-fi animation The Cathedral. In is also unconnected to the 2012 Interactive Fiction game The Shadow in the Cathedral.