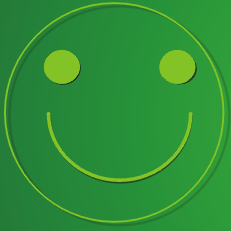 The official face of Cantr. Prepare to see a lot of Old Smiler flashing you. A lot
The 'hee hee' moves of left turns on the forum are by people who do not realize that there is a sleeping giant who is, at heart, quite peaceful. Any Lilliputian attempts will be forestalled if they are perceived as hostile... you could have been a giant too.
— Our local friendly staffmember making an impassioned argument with surprise guest star, Gulliver's Travels. Not so surprise is the appearance of Shame If Something Happened
Advertisement:
We all have one kind of mental condition or another, and personality types susceptible to addiction, or we'd be doing something more productive with our lives. Like taking heroin.
— A player making an apt comparison.

is a text-based persistent browser-based role-playing game (PBBRPG), that first went online in late 2002. There are no NPCs in the game world, leaving the only interaction to be with characters played by other players. Created as a social simulator, it has gone far beyond the scope of the original (a game played by the creator and some friends using Lego pieces to represent the 200 or so characters, and scraps of paper to detail their motivations and goals), to a true multiplayer game, with all the social interactions (and friction) that implies. Empires, kingdoms, thieves, knights, librarians, personalities, managers, leaders, schemers, schisms and good old chatter, Cantr has it all. And with some interesting developments, the scope has expanded again to reach the Meta, into an exploration of what happens when oversight disappears, muscles flex and who can survive the regime. Fascinating stuff, but not for the thinskinned, or faint of heart. Of course, you could just use it as a chatbox, but when else do you get to (safely) explore the ramifications of living under an oppressive dictatorship? And that's not getting into the ingame dictatorships that arise.

Essentially you create a character, choose gender and see where you are placed (spawned). Everything after that, is up to you and the people around, including your own characterisation of your character. Spawned in a bustling town, with opportunity? Take them up, and see where life goes. In a quiet town with little going on? Make something happen, and liven up the place. An unofficial trailer

provides its own overview of some of the things you can do. Warning - Game looks and plays nothing like this. Also doesn't have music.

But a few caveats. Cantr can get very serious and consequences can happen to your character with little or no warning especially as a new player and character both, so hopefully these tips will keep you coming back to the Green, and creating interesting stories with friends.

OOC Is Serious Business: For talking player to player, as in asking about game mechanics, use the shorthand OOC: .But try to keep it as a whisper, to respect others immersion. Also think if it'd be possible instead, to ask in character? "How do I get the ship going the right way" vs "OOC: Hey, which button does the steering?". However, this rule of etiquette and respect to other players is frequently violated, and used as a tool to get their own way, much like a child having a tantrum. Report it, and don't stoop to their level.

But we also follow what's called the Capital Rule - which is open to interpretation and ruling. But basically, information and attitudes from one character, cannot effect the others. Staff have a huge leeway to decide what is and isn't a breach, so the wisest course is to only have one character ever involved in an event, in a town, or attitude to a person. Unless you're special. But for the plebians, if Person X makes one of your characters formative years hell on earth, you can have an attitude about them. However, if Person X tries to kidnap another of your characters, you may not express any emotion whatsoever, as this will be interpreted as a breach.

Earn Your Fun: The game, as life, is full of people who's idea of fun you will not comprehend, let alone enjoy. So it's up to you to make it fun. If that's by earning wealth and traveling, or by sticking around some friends, or by singing silly ditties, then it's up to you to find your fun.

Guide Dang It!: The forums are filled with answers, and questions (many unanswered still). The wiki, more answers but not uptodate. The IRC channel, very sparsely populated. But, ask in game in character, on the forums, scour the wiki, and hope for someone to be on the IRC, and at worst, roll up your sleeves and find out.

The Non-Consent Rule: One of the more abusable and icky aspects, is that people can and will live out their rape fantasies and forcing everyone to react to it (Think Michael pulling a gun in his improv classes, but with more genitals). The weak justification for letting this in the game, is that the player has to Out of Character ask to rape first, or at least ask if they're over 18. In theory, this would keep it to a small part of the world, but when one player always seeks possible victims, and has 15 characters roaming the world ..... It can seem far more prevalent then one would like.

The game operates on a tick system. Every 3 RL hours, there's 1 cantr hour, and in each Cantr hour, there's the travel tick, sea travel tick, and project tick. It doesn't matter what you've done in the previous hour, just what you're doing when the tick hits. Takes some getting used to, but it's useful knowledge to have a good grasp of the mechanics. You can make life simpler by activating this tick timer

, which provides a wide host of useful UI improvements, including its own version of the Tick timer.

New players are also likely to benefit from the forum