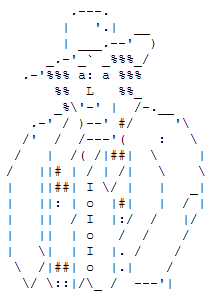 "You have 5 candies."
Advertisement:

is a free online game. The premise is simple: You have a handful of candies, and you gain one additional piece of candy every second. You have two options: You can either eat all the candies you're currently holding, or throw ten of them on the ground (provided you have 10 to spare). That's it. That's really all there is to it. Honest. There certainly isn't a Candy Merchant who will eventually come along to sell you more kinds of candy, and even if there was, there isn't anything you could do with it.

Upon the huge success of the game, Aniwey announced that he would work on a sequel. The sequel, Candy Box 2

See also A Dark Room, which this game directly inspired.

Warning: By necessity, this page will be absolutely chock-full of spoilers. Half the fun of the game comes from discovering what will happen next. It's recommended that you play at least some of the game for yourself before reading this trope page, lest all of its surprises be spoiled for you.