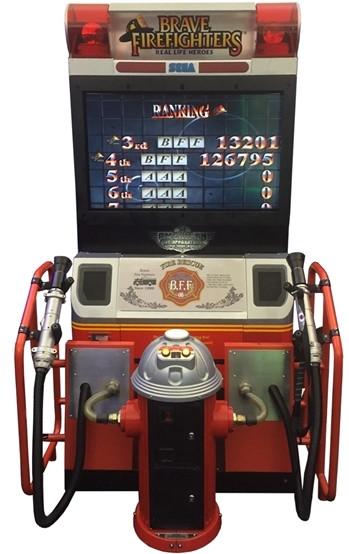 Brave Firefighters is an arcade game by SEGA, released in 1999.

It is about firefighters fighting a huge fire breaking out after an electrical overload at the Whitehead Hotel. The game uses a novelty hose controller to put out the flames.

Unlike SEGA's fellow firefighting game Burning Rangers, this game is set in the modern day.